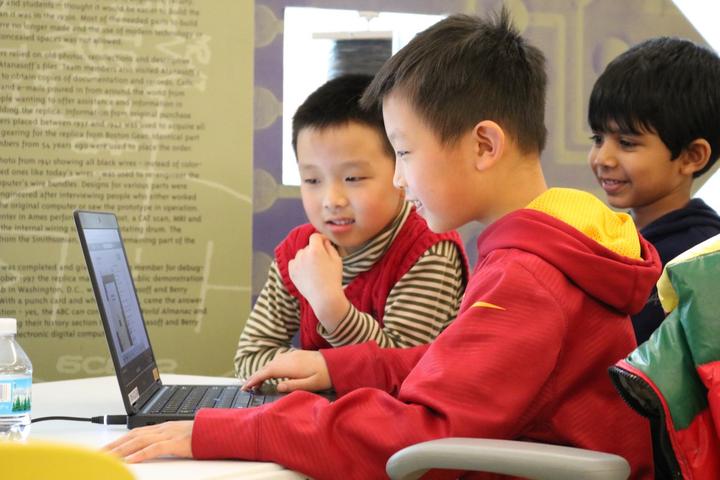 As part of the K-12 Outreach program, ISU computer science organized Computational Thinking Event this year. I got the opportunity to be a judge of the competition and see the outstanding computational projects developed by bright youngsters!

Science fair-like format where participants come prepared to present their projects to a panel of experts.

Computational thinking is critical skill that is needed for the success in the 21st century. The exposure to problem solving skills at an early stage helps the students greatly in their future endeavor. Since Fall 2010, the ISU Computer Science Department has been making efforts in Iowa K-12 schools with a series of events and workshops designed to help K-12 educators, parents, and students learn about computational thinking.

I joined the panel of judges along with other graduate students. I was really amazed to see how interesting and skillful projects were developed by the young students. The students competed in the following groups:

Contestants could work in small groups of two or by themselves. The judgements were mainly based on the difficulty of the problem, cleverness of the solution, and ability of the students to explain.

Most of the younger students were using the Scratch platform developed in MIT, to learn and build interesting games. Scratch is designed and maintained by the Lifelong Kindergarten group at the MIT Media Lab. Here is an example project Speech Helper 2.0 built by Carson and McClain Crigger, both sixth graders at South Middle School in Waukee, IA. The program is designed to help their younger brother practice letter sounds.

Scratch is a programming language and an online community where children can program and share interactive media such as stories, games, and animation with people from all over the world.

It was fascinating to see the coding skill of the kids and how they are engaged in the activity. There were three projects in the K 10-12 group which were solving complex problem with exciting ideas:

Those projects were rich in formulating the problem, organizing and analyzing data, and testing and managing their code. It was a great day to talk to them and share ideas.