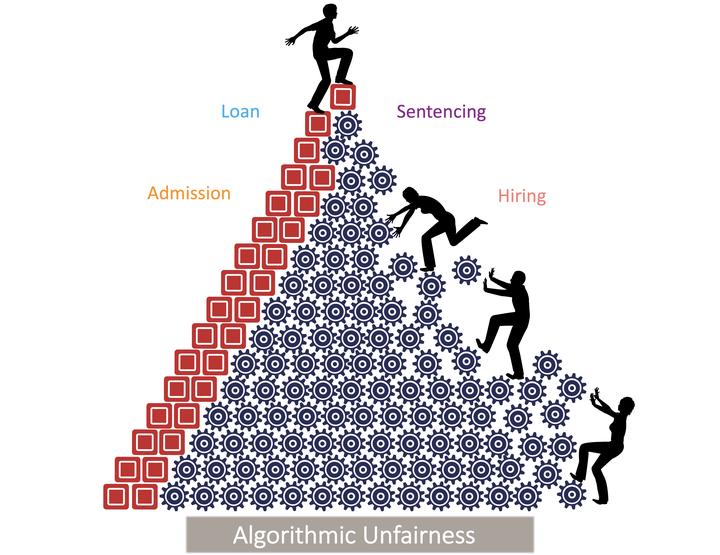 Software engineering (SE) research has focused on identifying, localizing, and repairing defects in software systems. With the evolution of programming languages, coding practices and requirements, various kinds of bugs of software has drawn interest. Recent trend of machine learning techniques has raised the question of dependability of the predictive decisions. Fairness of the machine learning (ML) models has been an open issue for such software systems in last few years. In critical decision making such as loan approval, crime prediction, college admission or hiring employees, ML algorithms are being used. However, the problem of fairness has not been studied by the SE community as much as the ML community looked into it. We conducted an empirical study in our FSE'20 paper to investigate a number of SE concerns of measures, mitigation, and impact of unfairness in ML models.

It is important to ensure the fairness of the ML models so that no discrimination is made based on protected attribute (e.g., race, sex, age) while decision making.

First, it is important to look at the real-world software systems to understand the state of unfairness. Most of the study experiment using default-set classifiers from libraries. Thus, often the real faults and concerns with fairness are missed. However, it might be difficult to find such open-source models in the wild. We found a good number of models from Kaggle that helped to point down fairness issues in the wild.

The foremost big concern is that how do we know there is a fairness issue in my model. Well, it depends on the stakeholder and the context. The participants could ask for equal opportunity, while the owners focus on the disparate impact. A popular library for fairness, AIF360 has more than 70 metrics to measure fairness. Two most common used broad categories of fairness measures are:

The impossibility theorem of fairness suggests that satisfying fairness with respect to all the definition can not be achievable, since one definition can contradict another. Furthermore, fairness in classification problem has been focused is most of the works, while fairness of regression or ranking problems is not yet well studied.

Choosing appropriate fairness metrics and optimizing them simultaneously is an important requirement engineering problem to be solved.

We found several interesting finding from our experiments:

There are many bias mitigation techniques proposed in the literature, which are grouped into these categories:

In our paper, we reported several observations that help to choose a mitigation technique for the model.

Fairnes does not come free. In most of models, there is a accuracy loss when the mitigation technique are applied. Multi-objective optimization could be utilized to improve fairness and accuracy together.

Overall, ensuring fairness require to address many dimensions of the problem at the same time. There is a wrong perception that only debiasing training data would suffice to make the model fair. The training is not always uniform and it does not learn from all the data instances equally. So, its needed to make the learning process better as well. Because of the tradeoff, multiple metrics, domain-specific issues, we need further testing and verification mechanisms as well. A few studies proposed fairness aware language constructs and test input generation techniques. However, we need further languages, tools, and methods to localize the fairness issue and repair them in real-world situations.